My lovely carbon Remus was blowing from the joint between the carbon sleeve and the flange cap, leaving carbon deposits on the swing arm, not very attractive, also one of the rivets was loose and was annoyingly rattley...

So out with the drill and the rivets removed.. 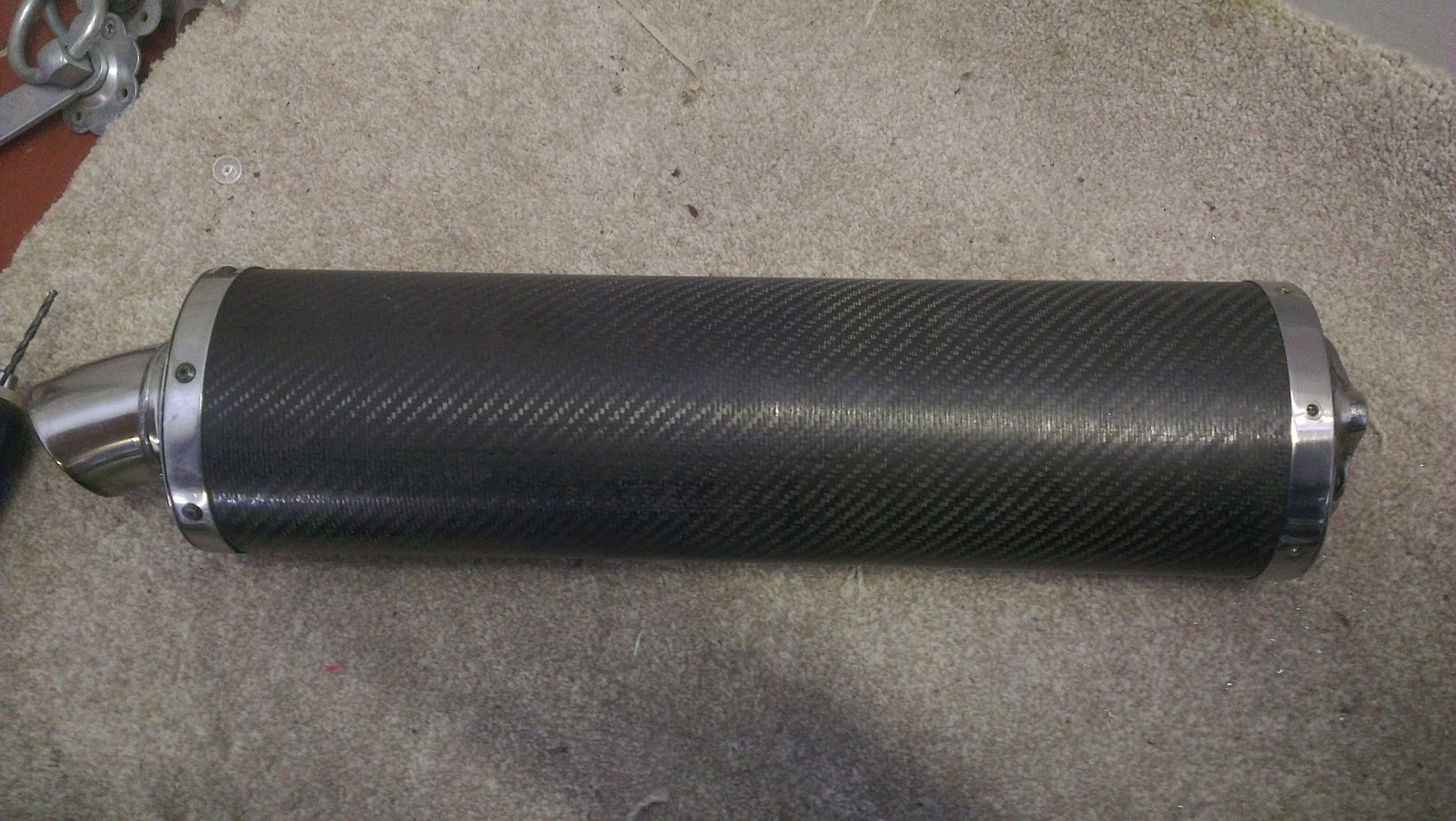 Took some major effort and lots od drilling to get the end cap out, ended up bolting it loosely to the flange on the bike to get a good pull on it. This silicon states it's good for 200c, I use it as a gasket on my RD250 racebike cylinder heads, so it should be up to the job. 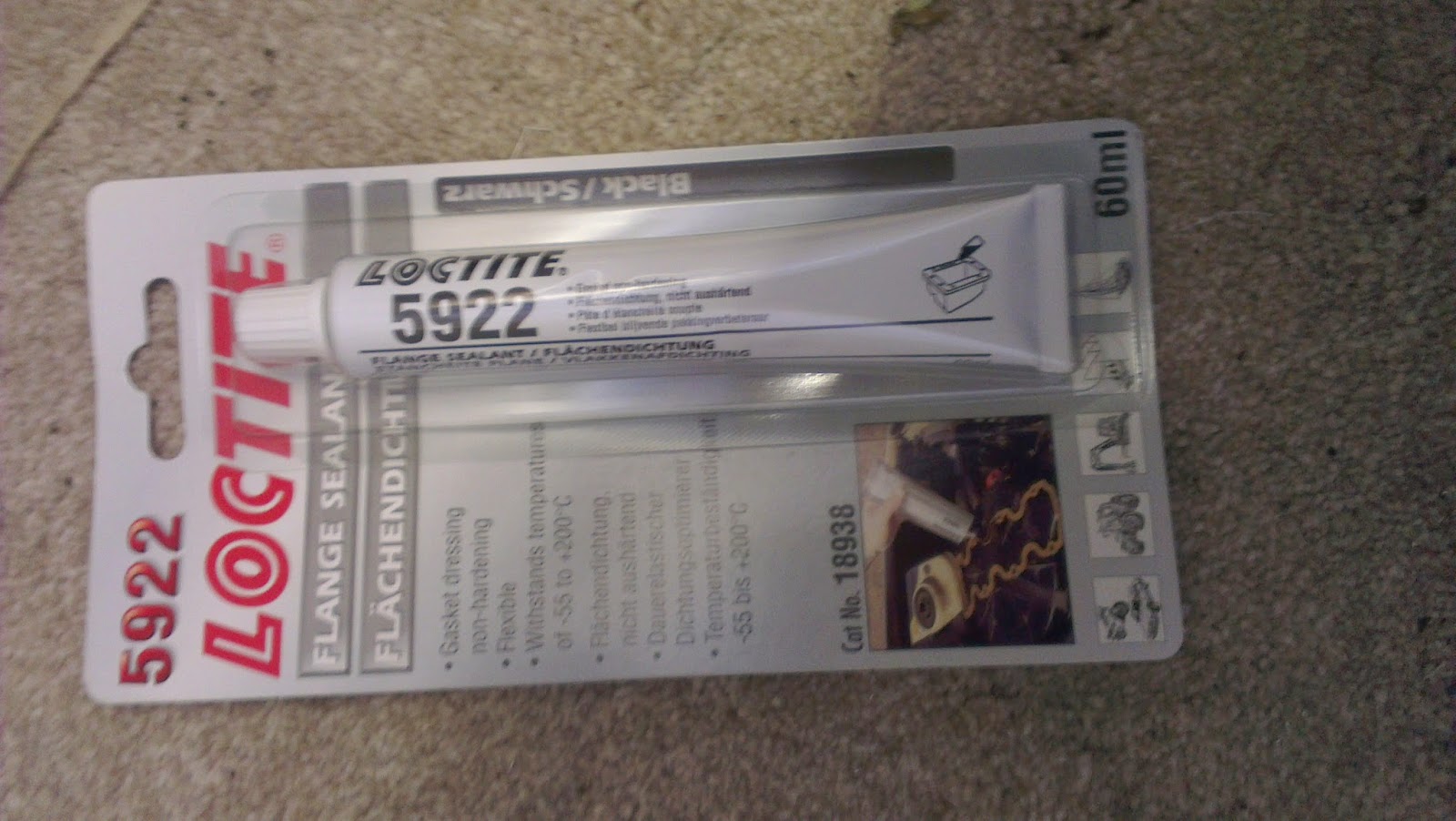 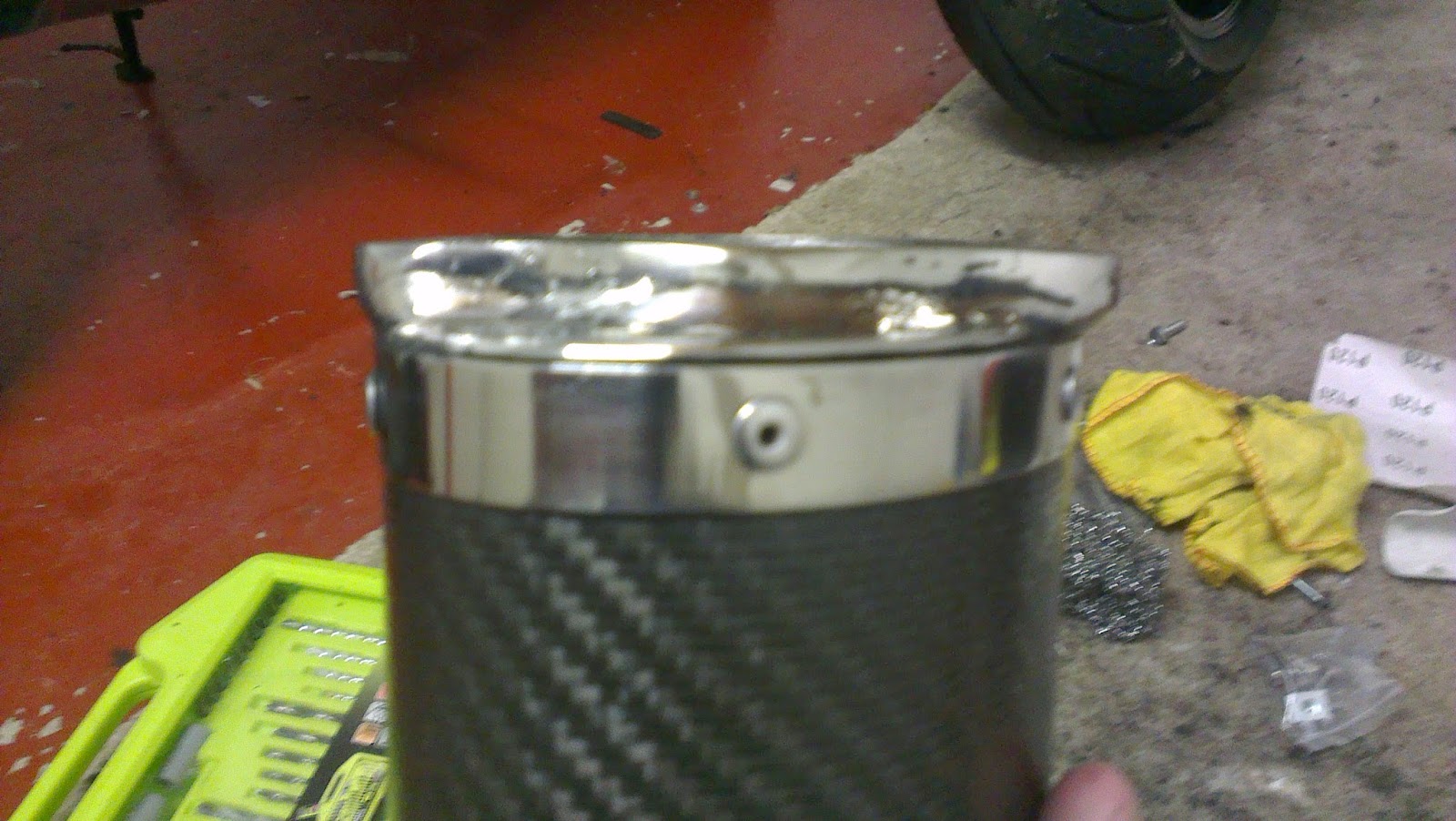 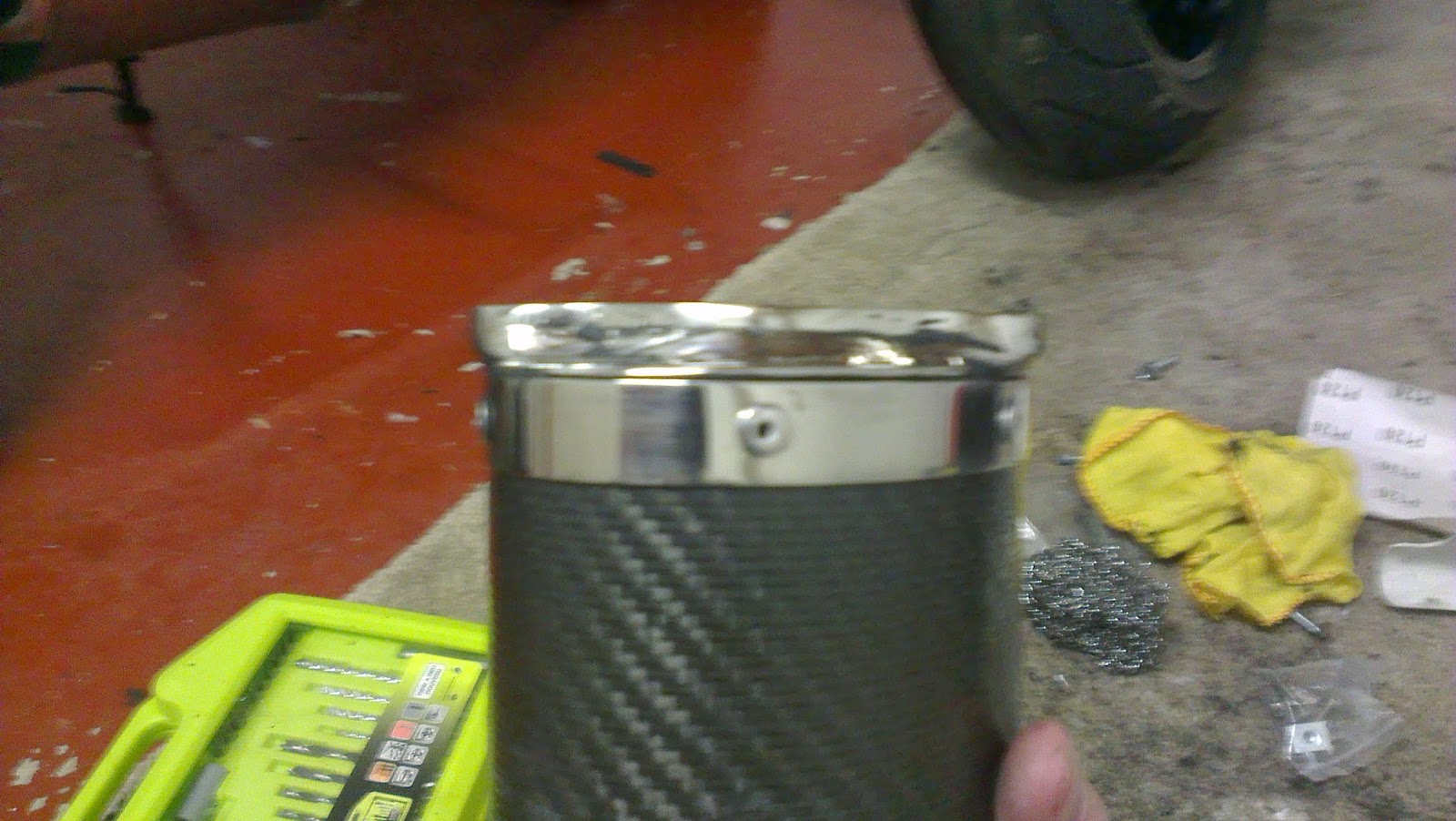 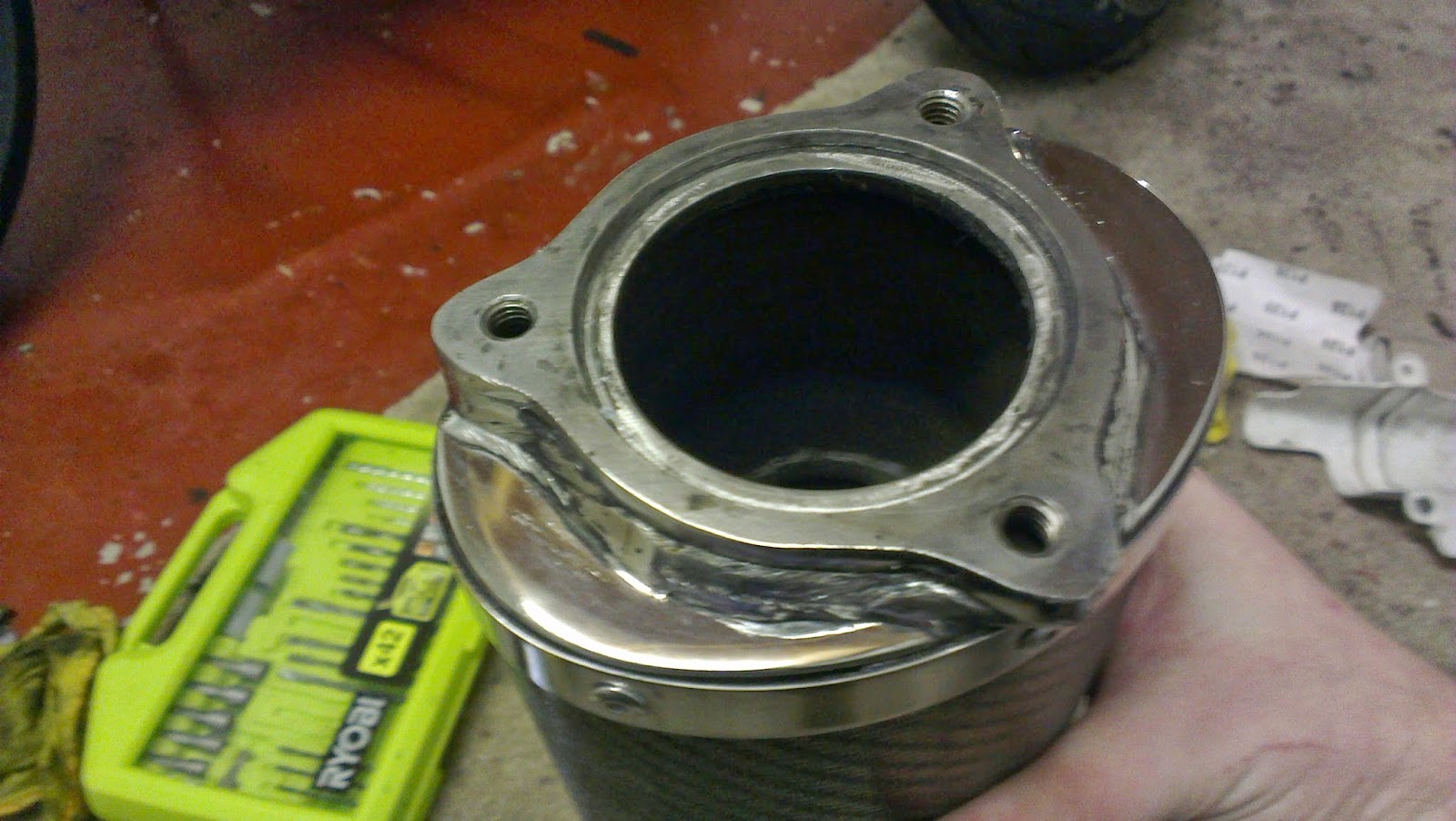 The other end of the can, with the old rivets, not very shiney, I should probably drill them out and put the new type in! 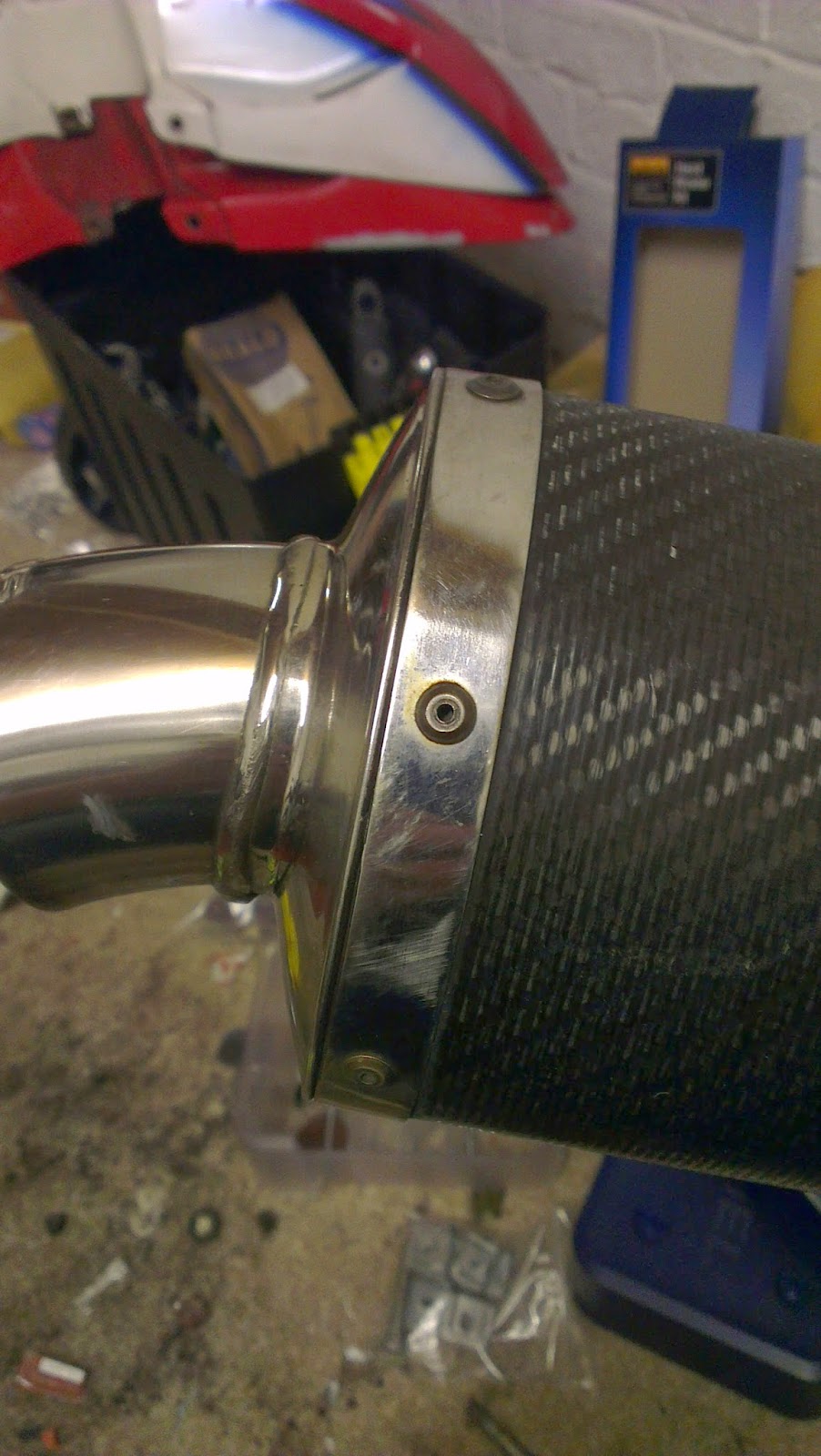